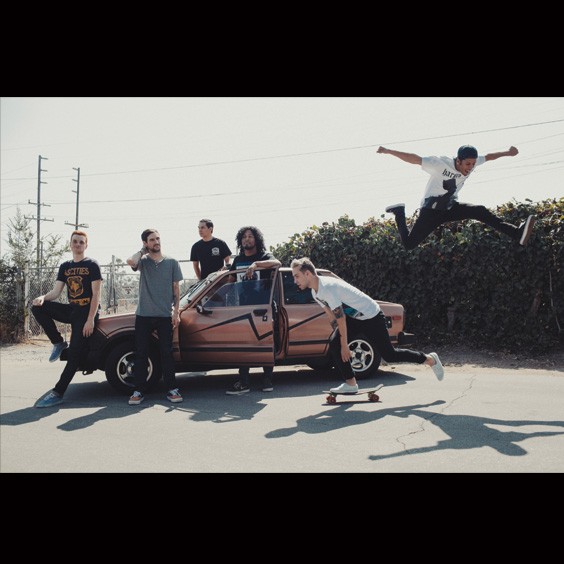 "Remember me? I'm that voice inside your head that said:

'You'll never make it. You are worthless.'
Oh I remember, you're the conscience that I beat!"

We all face challenges. Often those challenges are coming directly from the mirror or from the people we trust to love and care about us the...

"Remember me? I'm that voice inside your head that said:

'You'll never make it. You are worthless.'
Oh I remember, you're the conscience that I beat!"

We all face challenges. Often those challenges are coming directly from the mirror or from the people we trust to love and care about us the most. Many of us love and hate ourselves in equal measure. But through all of the adversity, struggle and hardship, there’s a chosen few rise above to accept themselves and each other. We all have issues. We must identify them. We must overcome them.

It is with this in mind that the band ISSUES was born, united by the idea that self-doubt is the disease and music is the cure. Issues arrive on Rise Records with a bold mission statement, which is to be themselves. They aren't worried about fitting into any scene, nor bending their sound to the contrived conformity of other bands. Music industry politics haven’t dictated what their songs sound like. Their talent is undeniable and their drive is equally unshakeable.

Even with his excellent R&B/pop solo work in development, Tyler Carter's fans knew that his voice wouldn't be absent from the modern metalcore scene for long and true to form, the former Woe, Is Me frontman has returned together with a career-defining new band.

Carter is a creative visionary who goes in hard with everything he does. Co-frontman Michael Bohn is the guy keeping everyone laughing with his good-natured vibe and good-humor, offering boundless creative energy and optimism as well. Bassist Cory Ferris is the most business-minded of the bunch and extremely levelheaded when it comes to any sort of crisis control within the group. Drummer Case Snedecor is intensely devoted to building new skills with his instrument and anchored by his Christian faith. Then there's guitarist AJ Rebollo, who spends endless hours communicating with the fans Issues have rapidly gathered in their short time as a band.

"We have learned more about communication and professionalism as a band," Carter explains, acknowledging the time and work they’ve put in paying dues with other bands and projects. "Everyone has a role. We stick to those roles and communicate together. Everything is open. We all know the system better now. We've got this on lock."

Issues have crafted a sound, a manifesto, a stage show and an image that is the proverbial “next level,” filled with steady purpose and bursting at the seams with energized emotion. Issues put it all on the table: their own brokenness, their own doubt. They refashion those emotions into self-empowering weapons to help both themselves and others conquer their troubles and move forward with strength and positivity.

Issues debut EP, Black Diamonds, announces their arrival with confidence and power. Issues has made cautionary tales like "Princeton Ave." their stock and trade, detailing what can go wrong in someone's life when they suffer from abuse or isolation. “King of Amarillo” set the Internet ablaze when it was unleashed upon the public. “Love Sex Riot” (featuring Chris “Fronz” Fronzak from Attila) and the EP’s title track are sure to become crowd-favorites, with bands singing along around the world.

Kids that mosh at Vans Warped Tour, metalheads who their heads at Rock Star Mayhem and mainstream acolytes who sing-a-long to Top 40 can all get behind Issues, whose sound incorporates seemingly disparate elements in a way that suddenly makes perfect sense together.

As a band, they put every ounce of their God-given energy into their music for the benefit of their fans. "We want to change lives and see the world as we're doing it," says Carter. "We want to be iconic."

With a “scene” that is increasingly overcrowded by bands with no clear vision or anything relevant to say to their audience, Issues are primed to breakthrough quickly thanks to their style, substance and forceful dedication to their craft. The guys in Issues are all Black Diamonds themselves. They can relate to the struggles their fans are facing, because they've faced them themselves.