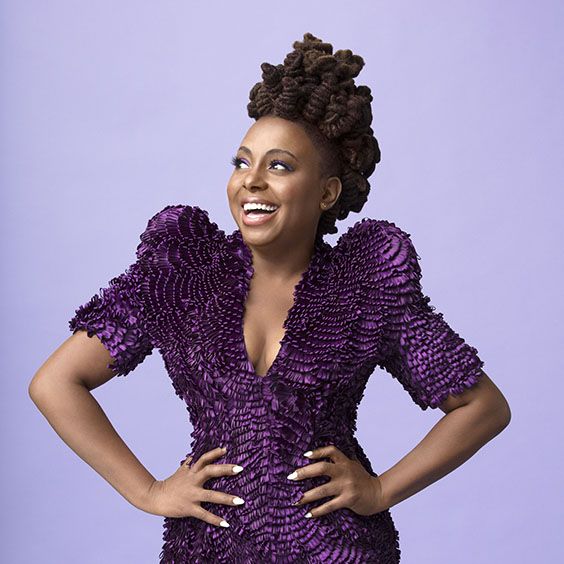 The world always needs love. However, it feels like that’s the case today more than ever. It’s not out of reach though. That’s why Ledisi urges the return of love on her eighth full-length album, Let Love Rule [Verve].

“I was thinking about the world, our state, and where we’re ruling from...

The world always needs love. However, it feels like that’s the case today more than ever. It’s not out of reach though. That’s why Ledisi urges the return of love on her eighth full-length album, Let Love Rule [Verve].

The New Orleans-born, Oakland raised R&B and Soul songstress has been making that contribution since the 2000 release of her debut, Soulsinger. Along the way, she garnered an impressive nine GRAMMY® Award nominations and sold over 3 million records worldwide. Most recently, 2014’s The Truth earned widespread critical acclaim from the likes of Billboard, Boston Globe, YouKnowIGotSoul, Essence, VH1, and many more. The record yielded a string of anthems, including “I Blame You” and “Lose Control”—both of which surpassed 3 million Spotify streams each. In between the fan favorite “Truth” tour, she hit the big screen with a pivotal role in the powerful Academy® Award-nominated film Selma. During 2015, she turned her attention to working on what would become album number nine with longtime producer and collaborator Rex Rideout.

However, the process would present a host of new challenges.

“It was different,” she elaborates. “It was very natural and uncomfortable. Usually, I know exactly what I want to do. This time, I didn’t know until it just happened and fit like a puzzle piece. It’s never taken me two years to make an album, but it was worth it. I went into the sessions blind. I didn’t research the producers or songwriters. I was freely in it. Once I let myself go, the joy came.”

“That song is the balance between the modern and the Ledisi fans know and love,” she explains.
“When we were in the studio, we were talking about 2016, how many legends we lost, and how the political climate is so intense. I said, ‘Last year sucked, but it was amazing for me. I learned so much. I feel like I have a higher level of thinking. I’m so happy about life. I feel high.’ That became the vision.”

Propulsive danceable beats shuffle full steam ahead on the follow-up single “Add To Me.” Ledisi drops wisdom with a little wit.

“I was thinking about relationships,” she goes on. “To men, women should act like, ‘We’re independent and self-sufficient. We’re going to make it happen with or without you. So, If you’re going to be here, add to my situation. I know I’m going to add to yours.’ Anyone that you are with the question should be how are they going to add to you? Most women want a great man that enhances who we are.”

Elsewhere on Let Love Rule, orchestral strings and piano weave into a tapestry of emotion on “All The Way.” Meanwhile, she teams up with John Legend for a show-stopping highlight and duet on “Give You More.”

“It speaks on being in the moment,” says Ledisi. “The message is what you’ve been getting is the best, but I’m going to give you more of that. Who doesn’t like that? Then, John Legend is singing it to you. Hello!”

These 15 tracks showcase Ledisi’s evolution. The classically trained vocals remain on full display, but the production bobs and weaves between eras, echoing everything from seventies-style soul to 21st century bounce.

However, she confidently stands at the center of it.

“I feel like Let Love Rule made me accept my position as a great singer fully,” she shares. “All of my projects are pieces of me. This piece is the singer and the songwriter part of me. I’ve come back to what I love about R&B and also what I love about today’s music. I love my art in the middle of era’s and mixing those worlds together. Putting me in a box will never work. And I love that. It could be because I’m from New Orleans and raised in Oakland, everything is a big pot of gumbo or jambalaya,” she laughs.

In the end, Let Love Rule has the power to lift spirits and even evoke change on a personal and universal scale.

“I went so deep that I know I can walk away and say, ‘This is a good project’,” she leaves off. “When people hear it, I hope they think it can stand the test of time. I simply do my best to make everybody feel good. That’s it. All I can do is sing, put my best foot forward, and make sure it’s real. Behind it all is love, it’s always about love. That’s why it’s called, Let Love Rule.”