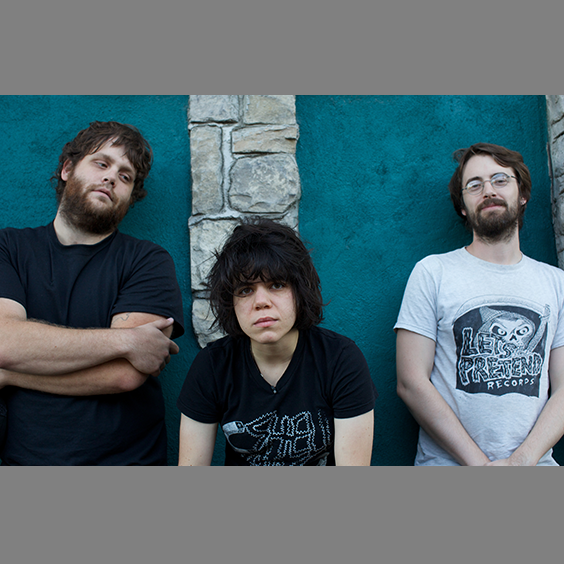 Writing about the pain and uncertainty that accompanied her illness proved cathartic for Paternoster, who was already paying more attention to her lyrics than she did in the band’s earlier days.
“A lot of time it was just an afterthought, and I would just punch in whatever fit phonetically,” she says. “From playing hundreds of shows, I’ve realized that people do actually listen to the words. And if they’re going to take the time to listen to the words I’m singing, then I ought to take just as much time to write something that’s well thought-out.”
If leaving room for Paternoster’s vocal melodies was part of the band’s strategy for Rose Mountain, working with producer Matt Bayles was the other part. With a deeply rooted DIY streak, Screaming Females had self-produced their previous releases (with Steve Albini engineering their 2012 LP Ugly and the 2014 concert album Live at the Hideout) before overturning a long-standing, self-imposed rule and deciding it was time to bring in outside help. “What’s the best way to challenge yourself as an artist? Do something you told yourself you’d never do,” Dougherty says.
Bayles is perhaps best known for his work on albums by heavy metal acts like Mastodon and the Sword, which helped make Screaming Females confident in their choice: they figured he would be right at home with a loud, raucous band. Bayles joined the group in New Jersey to offer advice on composition before the musicians spent a month recording the album with Bayles in Seattle. They delved more deeply than ever before into the intricacies of guitar tones and drum sounds, and experimented with subtle touches that you wouldn’t expect on a Screaming Females album: listen for the organ buried beneath the terse guitars on “It’s Not Fair,” or the eerie, distorted tack-piano that brings the title track home.
“It’s definitely the most eclectic record in terms of instrumentation and dynamics that we have done to date,” Paternoster says.
It’s a fitting way to celebrate 10 years together, a period that has taken the band from playing basement shows in their hometown of New Brunswick to touring with the likes of Dinosaur Jr., Ted Leo & the Pharmacists and Garbage, who teamed with Screaming Females to record a cover of Patti Smith’s “Because the Night.” They’ve been featured on NPR and performed on Last Call With Carson Daly, building an audience without losing the focus and drive that inspired them in the first place.
“It’s pretty amazing that the three of us have been this committed this way,” Dougherty says, and Paternoster agrees.
“At the end of the day, what we really try to do is challenge ourselves musically, so that the three of us remain interested in this project we love very much,” she says. “Hopefully we can continue to do so and make music for as long as it’s feasible for us to do so.”
Read more